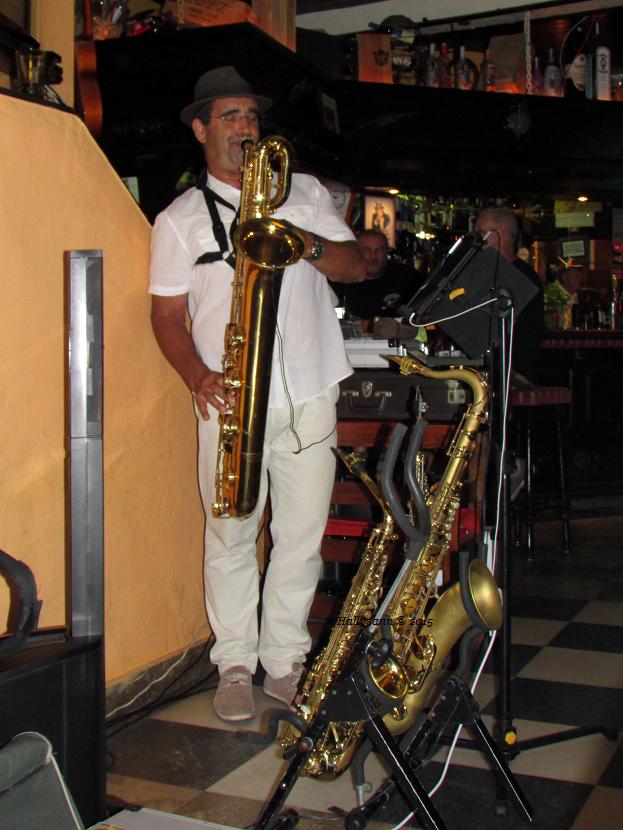 Meet Rui Sax,  not just a saxophone player but a saxophone master three times over. He plays not only an alto sax,  just like my “Harley“, and a tenor, which I could only just lift when I went to check out the sizes and weights in the shop, but also a baritone, which until I saw Rui playing it in Lagos,  I hadn’t even imagined existed.

During our holiday,  while I was taking my afternoon siesta, Hubby took to wandering and exploring further and faster than I could usually manage.  On one such wander he discovered that one of the most local drinking establiments was to have live entertainment of none other than Rui Sax.  The date being one of a milestone wedding anniversary for us,  Hubby booked a table and we spent a wonderful evening in the company of locals and visitors alike.

Rui Sax seemed to have an unlimited repertoire and quite easily played almost every request he was asked for and when Hubby let it slip that it was our anniversary,  he came to the table and played especially for us.

It really was a wonderful evening,  and to keep the memory alive I went to purchase a couple of cd’s.  I couldn’t make up my mind and so it was decided I would buy three of the four choices, and Rui Sax gave me a copy of his first cd, his favourite,  and he signed it with a personal autograph too.

I’ve dug around online and you can hear Rui Sax “here“. One day this is how I’d like to play.

The channel of water at Lagos which lets the tidal sea waters into the fishing harbour and the marina probably has some posh geographical name, but since I’m neither posh nor geographically minded, I’ve settled on calling it the inlet. 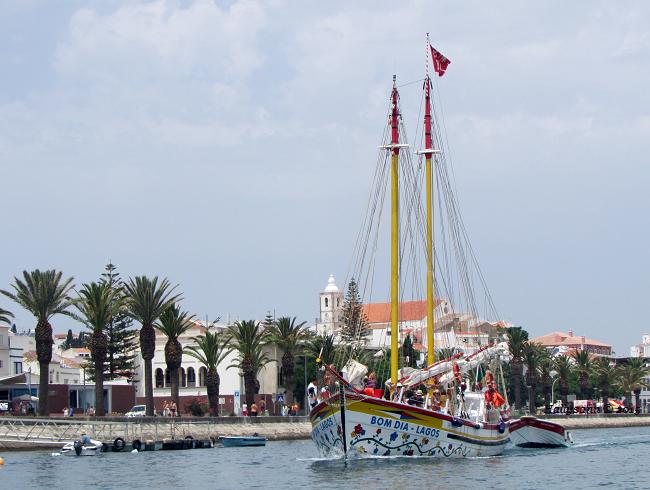 On the first day of our holiday in Lagos we strolled along the town side of the inlet.   Lagos doesn’t have a promenade as such but a wander along the inlet, shaded by palm trees,  mooching in and out of the various stalls and kiosks, and watching the boats buzzing or sailing in and out of the fishing harbour or marina on the other side of the water as you stroll more than has it covered. 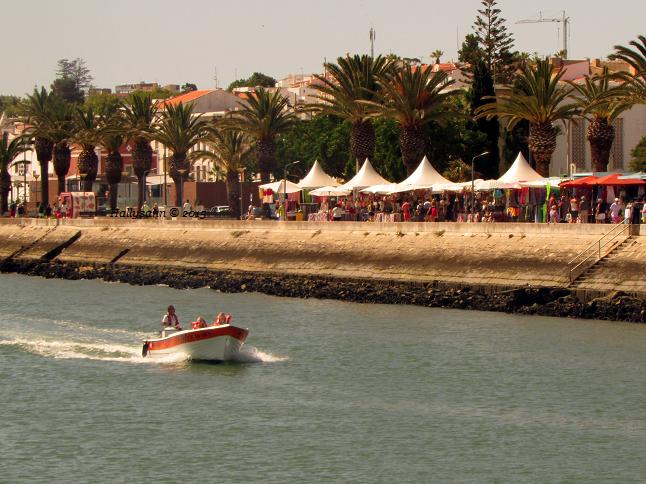 It was on this first stroll that I climbed out “on the edge” to take a picture across the water towards the fishing harbour,  I wonder if I would have thought a little longer if I’d known what other life the ledge would support at low tide too…

On another day, and from a very different angle, I spotted what I assumed to be a mother and son combination playing amongst the little sideways walkers.

Again, you can’t see the little boy in the next picture but I assure you he is there, throwing bread into the water for the hungry seagulls. 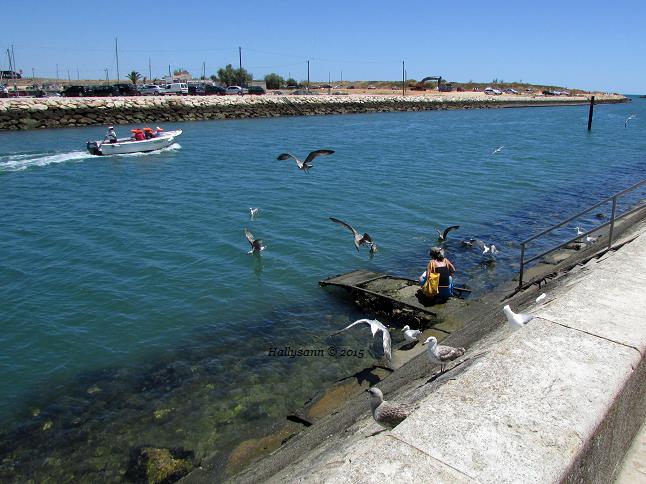 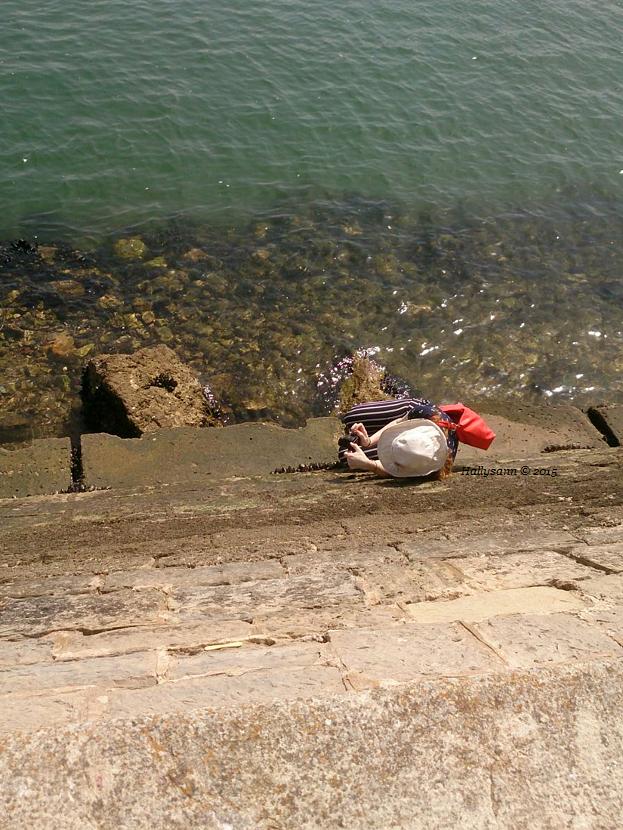 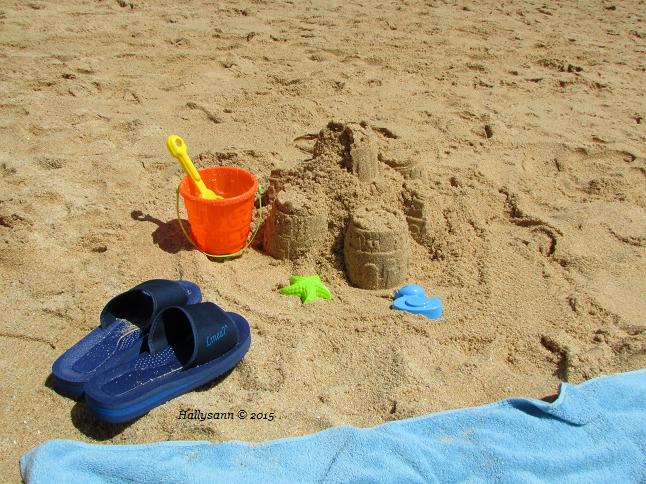 Hubby was heading for a few hours at the beach so I bought myself a cheap and cheerful bucket and spade set to join him and play in the sand.

I sat by the belongings while he dipped in the sea, then gave my bucket and spade to a young girl sitting nearby and as Hubby settled down for a bit of sun-worshiping I gathered up my camera and wandered back.

Leaving the “Mad dogs And English men” on the beach, I made like a local and headed back to our airconditioned  room for a siesta. 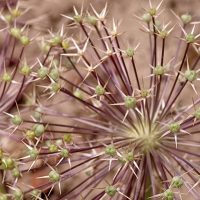 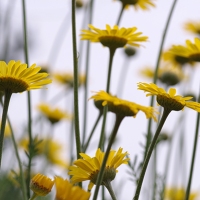 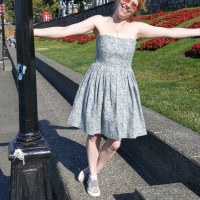